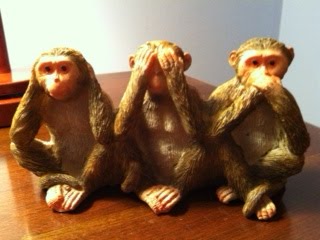 I shouldn't be because it's 2:38 a.m. But while our congressional "leaders" dither, the fabric of our society frays at an ever-alarming rate. The rhetoric has been about a revolution, but what we really need is an awakening.

The number of people dying from the COVID-19 pandemic is staggering. The tally is comparable to other singular events; 1918 Spanish Flu, World War II, or 9/11. The sheer toll is nearly unimaginable. Sadly, we were ill-prepared.

The problem now is not that tragedy has befallen us. It's not about affixing blame for who didn't do this or that. It's certainly not about talking about how resilient we are. People who lived through The Great Depression and World War II were resilient, but they still had to suffer through it. So will we.

It's about what to do right now. It's about simple survival. Not just from the virus, but from the impending economic fallout on a scale we've never before encountered. This ordeal has already been hard. It's likely to get a lot harder.

First and foremost, we must survive the health crisis. If we don't, nothing else matters. Nothing. Complacency kills. That's how we arrived at this point to begin with. Yet, it's still surprisingly pervasive.

It's imperative that we develop a better and swifter comprehensive response. That'll involve extensive testing, at the very least; something we haven't been able to achieve to date. I'll leave the virus solution to the medical experts, but the economic response so far has been bewildering. Trillions of dollars have been misallocated. Propping up financial markets at this juncture is shortsighted and will ultimately prove ineffective as the longer term impact from record unemployment and crippled industries plays itself out. You're delusional if you think there is a V-shaped recovery on the horizon. It simply isn't going to happen.

Sirens should be sounding on near-term economic concerns that involve the crumbling supply chain and the general welfare of the population. The increasing disruption to producing and distributing necessary goods, especially food, is alarming. Priorities are being redefined, and it's a real question mark of whether those responsible for keeping such things intact are even paying attention. Overall policy decision-making often appears incomplete, uninformed, or outright contradictory. We need to do much better and we'll need new leaders to emerge to make it happen.

That's a lot of doom and gloom to digest. I hope I'm wrong, but I fear I'm right. To paraphrase the band U2, this is not a rebel article...but there's been a lot of talk, maybe too much talk. It's time for an awakening.

Email ThisBlogThis!Share to TwitterShare to FacebookShare to Pinterest
Labels: See No Evil

Michael
A man on fire.